The La Conner Marina is a premier destination for recreational boaters, commercial fishers, and marine-related businesses and manufacturers. Located within easy walking distance of charming downtown La Conner, the marina is a clean, service-oriented facility that tourists and La Conner residents alike enjoy visiting. Just as important, it’s an easy two-hour cruise from the marina into the heart of the beautiful San Juan Islands. 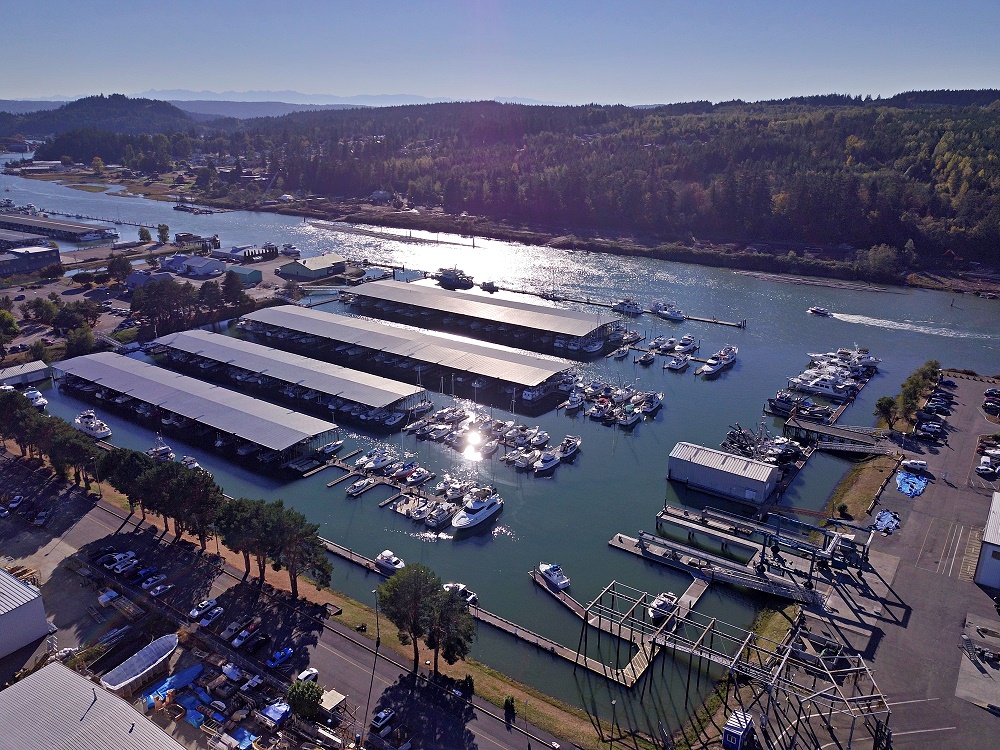 The Port of Skagit completed construction of its 300-slip moorage facility in what is now the South Basin in 1970. The North Basin was built in 1978. The Port added dry boat storage and commercial boat moorage spaces after that.  Today, the La Conner Marina features two separate moorage basins, which together cover approximately 24 acres. The marina has 366 covered moorage slips, 131 open moorage slips plus 2,400 lineal feet of dock space for overnight moorage.