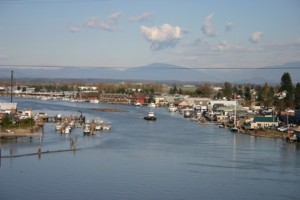 The U.S. Army Corps of Engineers has released its Swinomish Channel After Dredge Condition survey, giving boaters a detailed look at the channel depths following the dredging project that was completed in January. American Construction Co. Inc., of Tacoma, removed nearly 220,000 cubic yards of materials from the channel bottom after dredging began on Sept. 19 of last year. The work brought the depth of the channel to at least minus-12 feet MLLW in all except a few spots.

The 12 survey maps start at the south end of the channel and proceed northward to the end of the channel off March Point, north of the Highway 20 bridge. Hard copies of the maps are available for viewing at the La Conner Marina office.

Click here to review all of the Swinomish Channel survey maps.