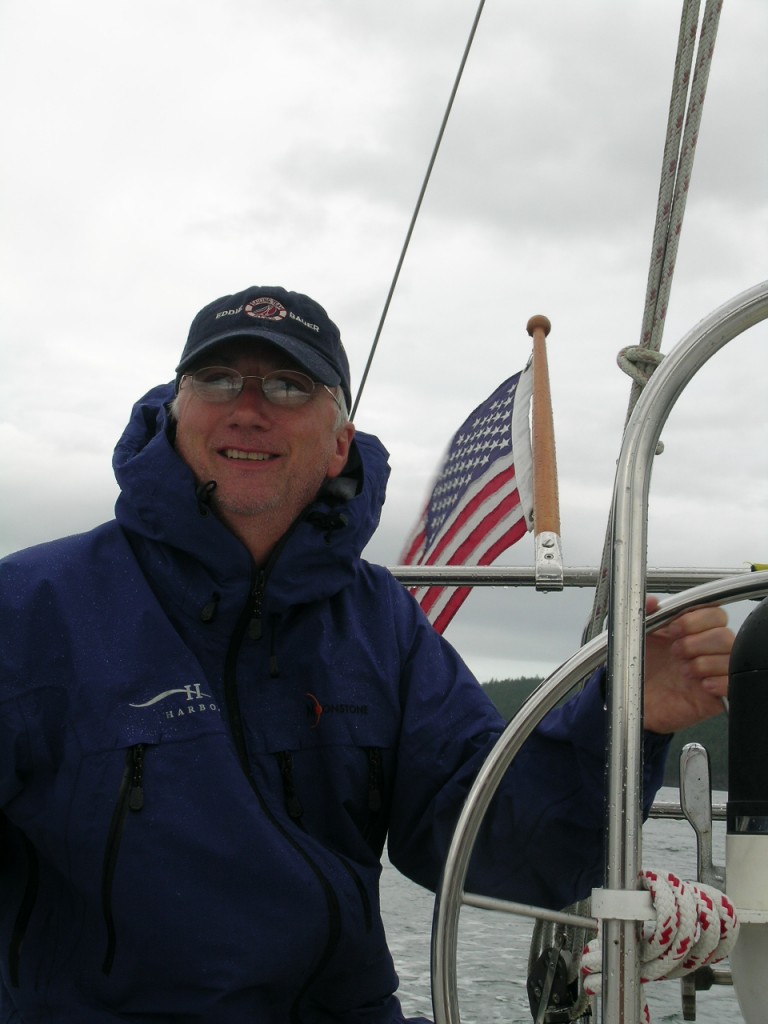 My husband and I are the owners of a 30’ sailboat. Like many boating couples, the captain of our boat grew up on a boat. He learned how to start, stop, dock, maneuver in tight quarters, set an anchor, snag a buoy, handle strong currents and tide changes – all the things that boaters need to know how to do.

I, on the other hand, fell in love with boating from a passenger’s point of view. The sun on my face, a beverage in my hand, and someone else doing all of the work. That’s my kind of boating.

I’ve come a long way since we bought our very own boat. While I’d still rather be nothing but a passenger, out of necessity I’ve learned enough to be a semi-competent first-mate. No, I haven’t yet learned to dock our boat. Nor have I gotten the hang of sailing in anything other than a gentle breeze (that would be a very gentle breeze…).

What I have discovered, however, is that I have become somewhat of an expert in critiquing other boaters. I admire those boating families who seem to have it all together – who know exactly what they are doing and work together as a finely tuned team. And I find great amusement in watching boaters who – like us – sometimes find themselves in a bit of a pickle.

Tavern (fondly known to the locals as ‘the Tav’) eating their famously delicious fish and chips, watching the Swinomish Channel moving along at pretty good clip. When you’re on your boat – in the channel – it’s difficult to really notice how fast the water moves. But watching it from land you begin to understand the challenges presented by fast-moving water.

On this particular late summer evening, a small powerboat with several young men (who were clearly on vacation) came down the channel, heading for a spot on the dock outside the Tav’s windows. Full of bravado (and we presumed beer), they attempted to dock their boat. Several times, in fact. At first they laughed and tried again. But each time they got close, and revved up their engine to force their boat into the dock, the current would snag the boat and push them away. With each try they got madder. They yelled at each other and each took a turn at trying to dock. And then they noticed all of us, calmly munching on our dinners – watching them fight the current. After realizing we were all enjoying watching their antics, they turned their boat around and headed back up the channel without ever setting foot on the dock.

Within about 3 minutes of their departure, a lovely little boat came down the channel, headed for the same spot on the dock. But this boater knew his channel. He simply overshot the spot by about 30 feet, swung his boat around, and then let his boat catch the current and quietly drift right into the spot on the dock.

No fuss, no muss, thank-you-very-much Mrs. Magillicutty. It was the most beautiful feat of docking I had ever seen. Whereupon everyone at the Tav looked around, smiled at each other, nodded in approval, and went back to eating.

As a semi-competent boating critic, I chuckled over the powerboat full of young men. I also swooned over the local boater who so easily maneuvered the channel to dock his little boat in about 60-seconds flat. Because, you see, I’m a much better critic than I am a boater. Or was … until I realized that I’d never be able to dock like that. Never-ever.

But what was really struck a chord with me was what happened next. The gentleman who so gracefully docked his boat then came up the ramp and walked into the Tav, waved to some friends and then sat down with them at the table next to us. He crossed one long leg over the other, folded his hands on his lap and acted as if he’d just parked a Volkswagen Bug in a 40’ garage.

Several other diners who had witnessed this docking feat smiled and sheepishly mentioned to him that they always found docking on the Swinomish Channel just a bit intimidating … whereupon he spent the next 30 minutes offering terrific tips for successfully docking in the channel, regardless of how the current is running.

Here’s what struck me about that evening:

Unlike a lot of big cities that I’ve lived in or visited, and regardless of whether you’re a Townie like me, or a Tourist looking for the expertise of a long-time local, in La Conner there is always someone who is willing to share their knowledge with you.

Whether it’s learning how to maneuver the channel in your boat, how to pick out fresh corn at a roadside stand, or learning the best ways to cook your recently caught crab so it melts in your mouth … all you need to do is ask a local.

And in my book, that’s pretty darn awesome.